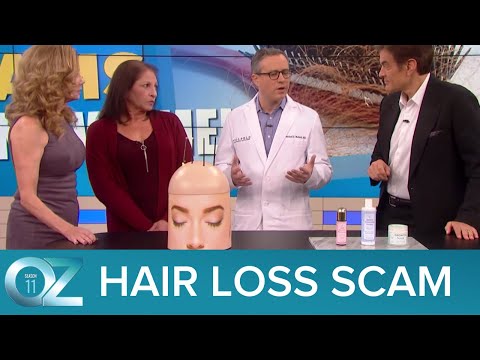 Women who are suffering from hair loss have less options than men but there are still more than even just twenty years ago. Up until that time the only way to treat balding or hair thinning for women was to buy a wig and hope it didn’t fall off at some inopportune time. A wig works OK but it really limits the physical activities of the woman which is not alright with the active women of today. Instead of wigs they want a hair restoration for women program that will allow them to have their own living hair on their head not some mop.

Like men, the majority of women who suffer hair loss have a condition known as Androgenetic Alopecia or female pattern baldness. There are other causes of hair loss including Traction Alopecia which is caused by the pulling of the hair by braids, pony tails, and the like. Also, medications and medical procedures can cause hair loss along with hormonal imbalances due to pregnancy. But the majority of women suffer from female pattern hair loss and thus need a female hair restoration process that will treat their specific issues.

When men have pattern baldness they tend to lose their hair in a set pattern which is where the name came from. In particular, a man will usually have a receding hair line and/or balding at the crown of the head. This will eventually expand until the entire top of the head is bald. Very rarely will you see a man who is bald at the back of the scalp unless he has shaved it himself. This hair growth at the posterior of the scalp gives a very good donation area for the hair implant procedure.

Women, on the other hand, do not usually have hair loss in a set pattern. Instead, they will have thinning hair located over the entire scalp. This means a hair implants procedure is really not effective because there is no good donor area and the entire head would have to be treated in order to make much of a difference. This leaves some other method of hair restoration as the choice for women instead of hair transplants. Luckily, there is an active ingredient in some hair loss formulas that has proven effective for hair restoration in women.

Minoxidil is a drug that has been approved for hair loss and also has been shown to be safe for women. This is different than another drug, Finasteride, that is very effective for hair loss in men but causes birth defects so is not allowed to be used by women. Minoxidil is applied to the scalp twice a day and rubbed in, then it is left to soak in to the skin. There are two solution strengths available. A 2% solution and a 5% solution. In general women have been told to use the 2% mixture because some research studies seemed to indicate that this was more effective for female hair restoration than the stronger mixture. Recently, though, the feeling is that women should apply the more concentrated substance like men do. It makes sense that the more Minoxidil that can be applied to the scalp the better it would work.

As far as hair restoration products go, Minoxidil does a very good job of helping to stop hair loss and it even can allow some hair follicles to begin producing keratin again if they have not been dormant too long.