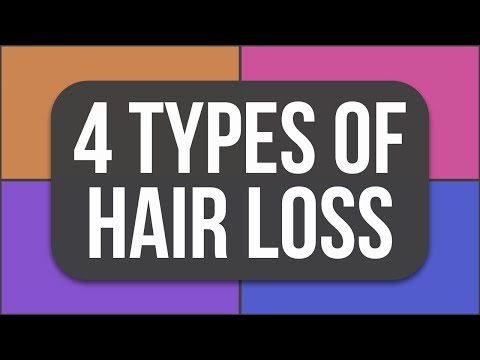 Did you know that about 95% of the men who have hair loss are suffering from a condition known as Androgenetic Alopecia and that this is the same cause of the majority of long time balding problems in women. It seems strange because the symptoms of this condition, called male pattern baldness and female pattern baldness respectively, are not really similar. For men, the hair loss is centered on the top of the head. The crown or hair line at the forehead are usually the first to have hair thinning and then the remainder of the top of the head gets bald as time passes. You very rarely will see men with hair loss on the sides of the head or at the back or posterior.

Women, on the other hand, almost always develop thinning hair over there entire head. So, even though the cause is the same as men who develop a pattern, for women there is no pattern and instead the hair falls out evenly. This means just swapping male treatments for female hair loss treatments won’t always be effective. In particular, hair implants are very effective for men because there is a good donor area at the back of the head which hair follicles can be removed from and then transplanted to the bald area. There is usually enough hair that the removal of a portion from the back is unnoticeable.

General hair implants are not a good treatment for female hair loss though as there is no area on the scalp to act as a donation area. Since the entire head has thinning, if you take follicles from one area and transplant them to another then the donation site will be more noticeable. This makes standards implants not a good choice as hair restoration for women.

There is a hair transplant for women procedure that can help to fill in the scalp with body hair. Follicular Unit Extraction (FUE) is a method by which individual hair follicles can be removed from other areas of the body and then inserted into the scalp. These hairs tend to be more course than scalp hairs but they work well as fillers. Since a women rarely has a receding hair line like a man does, FUE can be one of the effective treatments for female hair loss.

There are two drugs that have been approved by the FDA as to their effectiveness for treating andorgenetic alopecia. These are Finasteride and Minoxidil. Finasteride works well for men because it limits DHT which is what causes the hair follicles to stop production of hair. Unfortunately, it also has the tendency to cause birth defects so it is not prescribed to women of childbearing age. In fact, women are warned to not even touch the tablets for fear the active ingredient will be absorbed through the skin.

The second drug, Minoxidil, is approved as a female hair restoration product because it is safe for both men and women. This drug is usually sold under the brand name Rogaine For Women. It is applied topically which means it is rubbed onto the scalp twice a day. Rogaine is effective at limiting the effects of high levels of DHT which will allow the hair follicles to continue to produce keratin the building blocks of hair.

If you are suffering from thinning or balding hair then this is the best hair loss remedy for women on the market today. The product can now be purchased in a generic form so for about $20 for a three month supply you can try it out and see what happens. I think you will be happy with the results but I recommend you continue to look into other possibilities. The scientific community is finally taking female hair loss treatments serious and new ideas are being explored each day.